Markets have changed and so are the products. Everything evolved over time. The only thing that doesn’t change is the audience looking for some good VFM products.

We are witnessing a drastic change in the way the ads are carried out. Thanks to social media, especially Facebook, the entire base for the ads has seen an unimaginable revolution to reach out to its audience in a process also helping advertisers to optimize their ads for greater reach.

Here I’m going to discuss how I helped to recover well over INR. 1million revenue through Facebook Dynamic Ads.

What are dynamics ads? 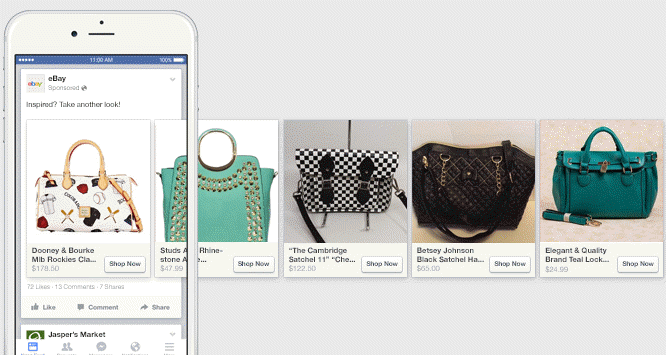 Dynamic ads promote your products catalogue to users who has shown interests on your product from any of your pages they visited but checked out without making a purchase. Dynamic Facebook ads are also adaptive by exposing users to specific ads that suits them individually and prompts them to make a move.

This Ad objective is quite useful in identifying your target audience which allows you to retarget those who have exited your page without making a purchase. This objective can be implemented to reach new customers.

My client reached out to me when users exited their website without getting converted as customers. Their sales numbers were spiraling down. So I was left with a gritty task to spike their sales figures through ad objectives.

Since the audience roughly around 5000 users has already visited their page,  I opted for the catalogue objective since the only last resort was to retarget them with ads on their news feed and other placements.

How I created sales for my client

Analyzing the database of those who visited, helped me to retarget them in the following days. I was able to narrow down on those audiences who matters to the client and retargeted them with catalogue ads till they were prompted to make a purchase.

The idea was simple; it was to do a follow up as move to get deep into their heads and get them converted as customers.

I was able to create sales worth of INR. 1 Million on a budget of INR.40k which is very profitable to my client considering the lowest budget administered in the campaign.

Here is the snapshot of the Campaign results 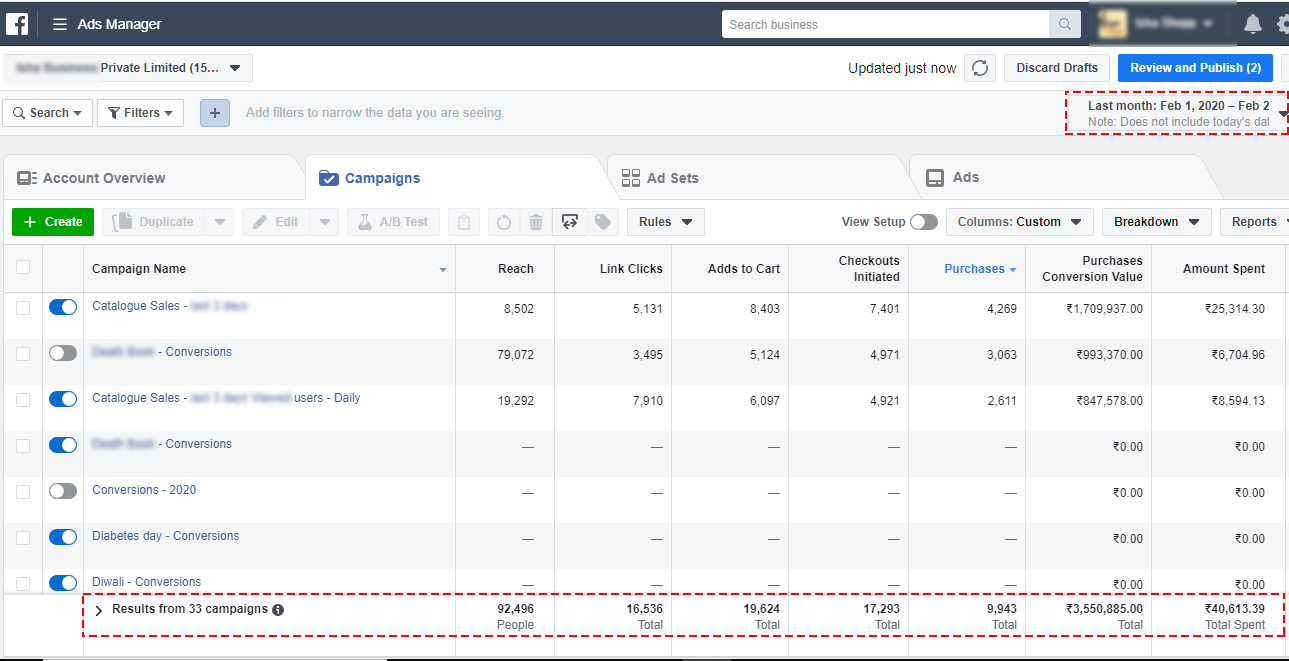 The frequencies of number of days and number of times the ads needs to be appearing can be adjusted. I opted for the 3 days option allowing me to exclude the audience that doesn’t make any action and allowing me to shift my focus on other audiences to show ads.

Also I categorized the audience into two ad sets;

When I created the ad, I wanted to see the audience performance specifically which helps to optimize and scale the campaign after running for some days. But both ad sets performed well.

We started on small. I optimized only the target location. I didn’t optimize the audience demographic as I was trying to reach to those people that have shown interest in the product. I made sure to target all age group people and gender.

I opted for automatic placement at beginning of the campaign. This is helpful in reading where the ad is going to perform well. After a brief duration, I looked up at the analytical report. From the report it was clear to me that Facebook and instagram newsfeed and stories were the only place where the ad copies served their real purpose. Since other mediums showed no signs of improvement, I pulled out all other placements and started putting up the ads on Facebook and instagram newsfeed and stories. Again this helps in reducing the overall cost per result and also helps in exposing the core audience to me.

Using the product image, simple & catchy taglines helped me create a stronger impact on the user’s decision. Image was unchanged, only the description was always shuffled to create a multiple version of ad copies to reach out to the audience.

Here is one version of the ad copy 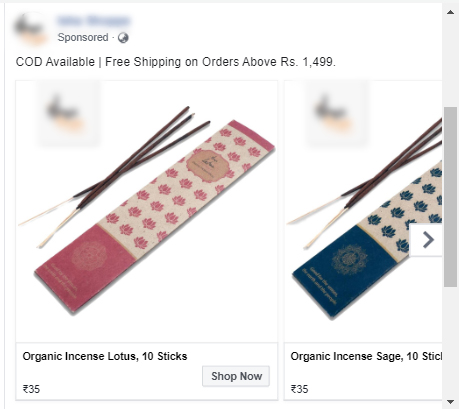 Why I needed Pixel

Pixel is a unique code plugged in to the back end of the website. It tracks down the information of those who visits which in turn helps to build audience for ads in future. You need Pixel enabled to retarget the people who visited based on the interest and activity of the user.

Your work is only half done if you don’t bring out the benefits of the product to the users. For eg; I introduced the audience to benefits of my client’s product by describing them about the free shipping and EMI options they can avail.

You also need an inevitable connection between the product and audience for them to make a move. In my case, the bridge between client and customers was already surefooted leaving me with minimal task.

Pro tip: When you a brand value among the people, you can also generate results like this. So it is important to create a brand value to grow the business in a whisk

I hope this case study helped you to understand about the Dynamic/catalogue sales ad and its importance to recover the results. Use catalogue objective to recover your overall sales with low cost per result and higher brand value. Dynamics ad has long been proven how effective it is in creating a profitable business to advertisers.

Shopping Basket
wpDiscuz
Hi, how can I help? 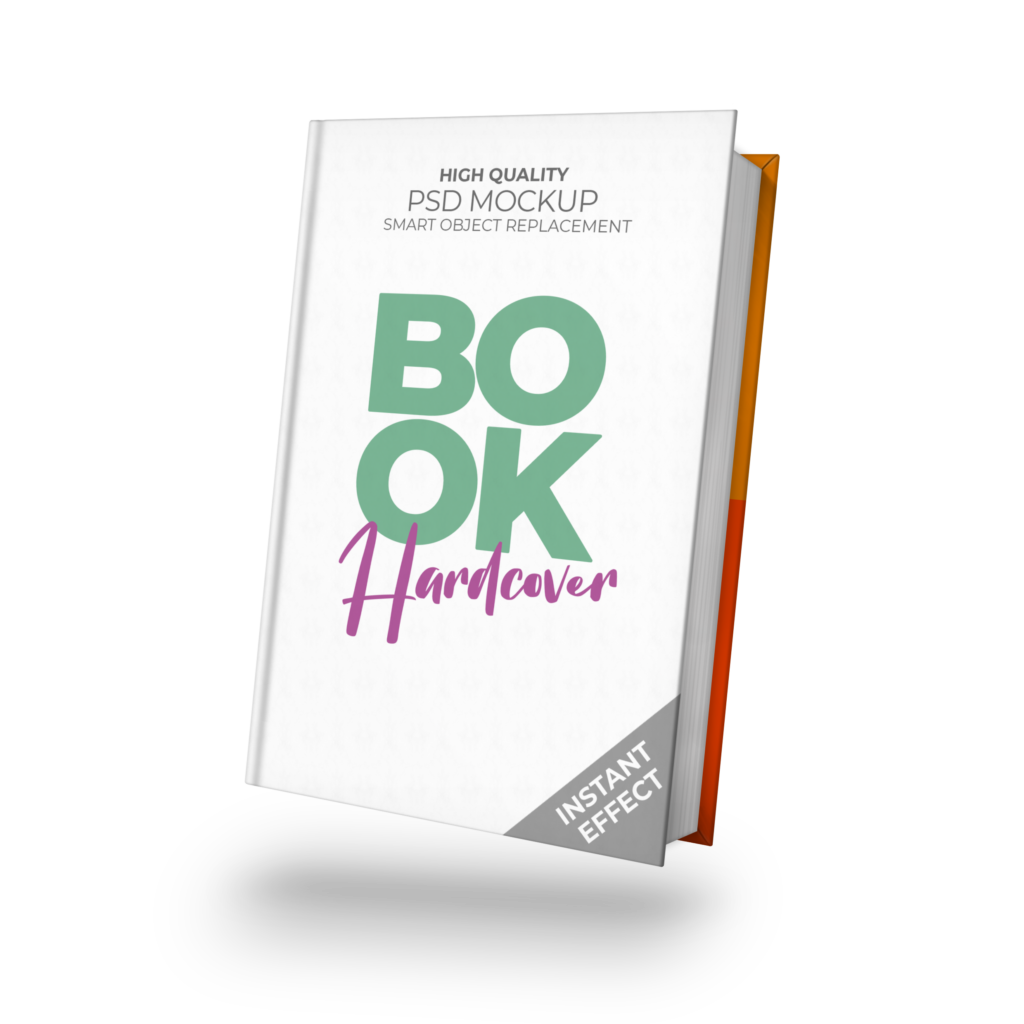 Clisk Here to Download
Send this to a friend